ADC linkers are one of the three main components of the antibody drug conjugates (ADC) that connect an antibody with a potent drug (payload) through a chemical bond.

ADC linkers play key roles in determining the overall success of the Antibody Drug Conjugates. One of the main challenges in developing a safe and effective ADC drug (Figure 1) is the assembly of a desirable chemical linker between cytotoxic payload and mAb. A well-designed ADC linker can help the antibody to selectively deliver and accurately release the cytotoxic drug at tumor sites. It also plays critical roles in an ADCs' stability during preparation, storage, and systemic circulation. A stable ADC drug ensures that less cytotoxic payloads fall off before reaching tumor cells, increasing safety, and limiting dose. 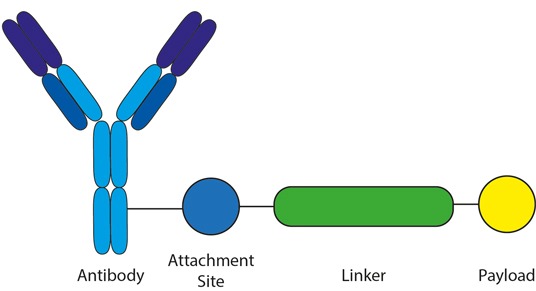 Figure 1. There are three major components of an ADC drug; the antibody used, the linker, and the payload to be delivered.

Cleavable linkers are designed to be stable in the bloodstream and then release the payload once in the cell. Cleavable linker types include enzymatically-cleavable peptide linkers, acid sensitive hydrazone linkers, and glutathione-sensitive disulfide linkers. Read More